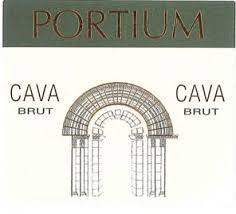 The winery Joan Raventos Rosell started in 1985 with the marriage of John and Maria Carmen Raventos Rosell Vallverdú Ferrer. The origin of the wine Sr. Raventos goes back to his childhood when a child already in charge of the family vineyards. His grandfather, Peter Raventos Several, was part of a group of seven friends who were ironically known as " The Seven Sages of Greece." These included Marc Mir, Manuel Raventos, Francisco Romeu, Pere Rovira, Modest Casanovas and Anthony Plaster. This group of friends, owners of vineyards, to resolve the problem of phylloxera plague planting grafted American vines and native varieties. The farm is located between the towns of Sant Sadurní Masquefa and with an area of approximately 52 hectares. The vines are planted on the estate where the grapes add elaboration to our wines and champagnes. The wine is blended from Chardonnay, Macabeo, Parellada, Xarel-lo Baked apple and almond aromas. Brut (dry), but lively and zesty on the palate with hints of Macintosh apple, brioche, and lightly toasted almond flavors.

This product hasn't received any reviews yet. Be the first to review this product!

All prices are in USD. Copyright 2021 The Vine Wine Club. Sitemap | Shopping Cart Software by BigCommerce